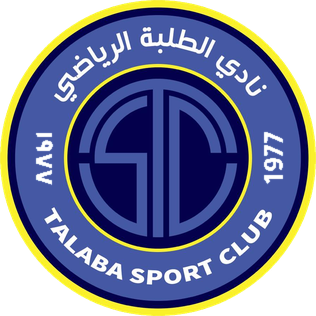 Al-Talaba are one of Iraq's most successful teams having won five league titles, with the most recent being in the 2001–02 season. They have also achieved two FA Cups, one Super Cup and a joint-record three Elite Cups. The club's best achievements on the continental stage include finishing fourth at the 1986 Asian Club Championship and finishing second and fourth at the 1995 and 1998–99 editions of the Asian Cup Winners' Cup respectively.

When the club was first established as Al-Jamiea, they were owned by the University of Baghdad. In 1977, the club dissolved and then refounded under the name Al-Talaba, becoming owned by the National Union of Iraqi Students. Since 1993, the owner of the club has been the Ministry of Higher Education and Scientific Research and the minister is the honorary president of the club.